One of my early posts on this blog was about decal artwork from prototype lettering and I had a follow up post about the vagaries of lettering for the same road. Tony Thompson has had a couple of posts recently about lettering, as well, on his Modeling the SP blog. Recently, I again had reason to mull the subtleties of lettering. In the process of creating artwork for a decal set for CNW Emergency box cars, I noticed a peculiar difference in the lettering on the cars built by Pullman-Standard versus those constructed by American Car & Foundry. The Pullman cars followed standard CNW lettering, while the numbers on the AC&F cars (see '79350' below) were clearly non-CNW standard, using a more condensed type. The capacity and dim data also used a non-standard type, which can be clearly discerned in the builder's photos (not included here.) The reason is not clear. However, with the set, I make clear that I can only vouch for the set for as-built Pullman cars or repaints. This is just another illustration of the fact that even for the same cars on the same road, the lettering is decidedly not the same. Buyer (or modeler) beware! 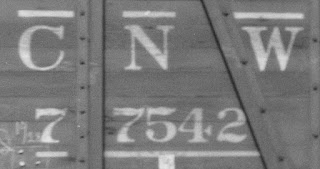 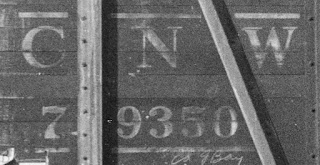 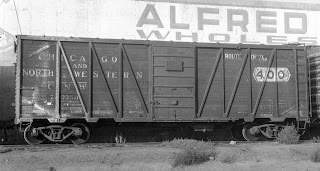