A couple weeks ago, there was a discussion on the Resin Freight Car Builders list about the quantity of unbuilt kits in peoples’ stashes. One extremely valid point raised is that for many of the resin offerings, it is wise to buy when kits are available as there is no guarantee they will continue to be available. Sunshine Models is a case in point. However, the opposite perspective is, when does one have enough kits? Many of us keep collecting long after rational thought dictates applying the brakes. I have devised a solution that allows me to stick to a game plan and ignore all of the shiny new objects, except those odd ones that truly strike my fancy. All others are strictly off limits.

My solution was to create a spreadsheet and identify at the highest level how many of each car type I thought necessary to meet my plans. I began by creating categories for box cars, automobile cars (1-1/2 and double door cars), gondolas, flat cars, refrigerator cars, tank cars, hoppers, and covered hoppers.

If you are following my lead, you may have already diverted (ore cars, anyone?) However, if you are still following you will likely choose a different path now. At this point, I assigned high level quantities for each car type. My choices are/were dictated by my selection of railroad and region, as yours will be, as well.

I followed the decision about overall quantities of car types with allocation by railroads and/or leasing lines. Given my choice of the Southern Pacific in southern Oregon in a timber and agricultural region (which I wrote about previously), I selected significant numbers of SP box cars, automobile cars, flat cars, and gondolas, as well as Pacific Fruit Express reefers.

With my home road car selections filled in, I moved on to the primary interchange lines’ and regional partners’ cars. These included major players such as Santa Fe, Milwaukee Road, Great Northern, Northern Pacific, and Union Pacific, as well as Spokane, Portland & Seattle and Western Pacific.

Next, I moved on to the “monsters” that had to be addressed. These included Pennsylvania Railroad box cars, automobile cars, gondolas, and flat cars. Ditto for the New York Central. I also had to include Baltimore & Ohio house cars.

With these selections made, I then began to fill in the gaps by judiciously arriving at the cars I wanted from all the other roads. While some of these warranted multiple cars for the same road, this was also where I could exercise my whims and choose those shiny resin cars as well as the signature cars. However, the counterpoint is that I often had to limit my choices to one or even zero cars from roads in which I was interested. However, this discipline is what keeps the shelves more “modestly” stocked (I am aware that 390 cars would seem immodest to some; had I not gone through this exercise, the total could easily be double that number). It also allows the flexibility to add that must-have car when it comes along (the must-haves shouldn’t be every monthly release from Kadee, as that defeats the purpose of this exercise!)

One thing, of course, is that this entire process is not set. If the landscape of available freight car models changes, I can adapt accordingly. However, having a plan keeps me from straying too far in my purchases.

Additionally, different cars will see different levels of utilization. Many of the SP and PFE cars can be used in every session, since they will be ubiquitous and not stand out among the field of cars. Other cars, such as the ITC 36’ single sheathed, Rutland double sheathed, and Soo ‘Sawtooth’ box cars, Oscar Mayer and Grand Trunk reefers, as well as the McKeesport Connecting gondola and Owens-Illinois ‘Duraglas’ covered hopper, should be run more sparingly as operators will naturally remember them as they are more unusual prototypes.

I hope that my process can help you arrive at some realistic (and finite) goals for your fleet.

Below, see the .pdf of my roster spreadsheets for reference. A keen observer will note that some reporting marks are merely placeholders for to be determined prototypes/models and other prototypes are listed where there are yet to be produced models (I do have plans for those). 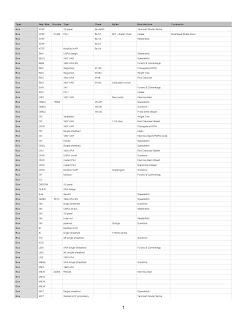 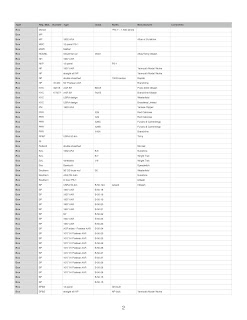 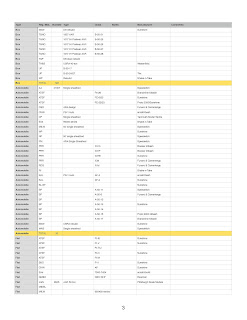 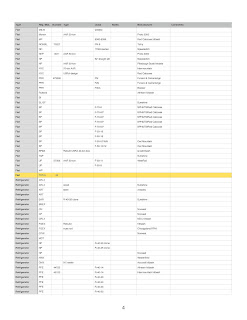 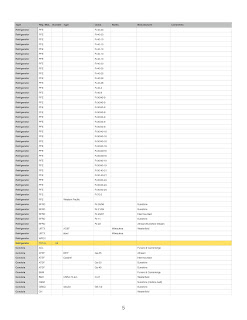 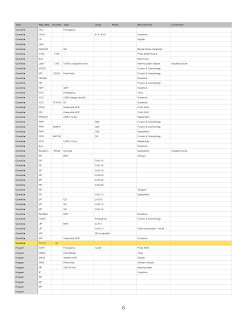 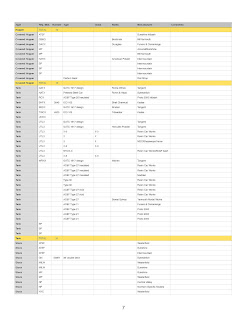 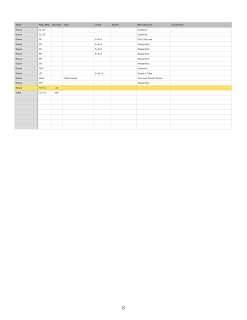