While on vacation in Jonesport, Maine, we ventured to Machias to pick up a few things. Adjacent to the old train station are two freight cars: a Maine Central PS-1 as well as a Bangor & Aroostook class RS-4 reefer. This group of BAR cars was built in 1955 by Pacific Car & Foundry's Renton, Washington plant and placed in series 8000-8349. The photo above is of a car from the same class a few years after it was constructed.

The reefer is entirely derelict at this point, its doors inoperable and the brake gear having been removed at some point. However, there are a wealth of details that can still be viewed, offering a quasi time machine. Here are some of the details that I recorded, mostly of the Camel hardware for the Camel flush-mounted ("plug" doors): 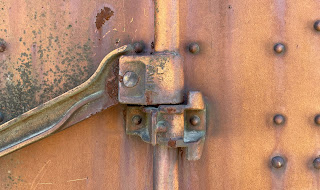 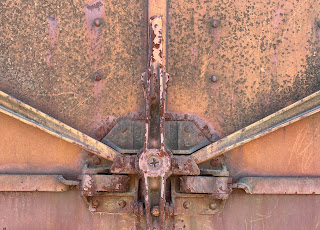 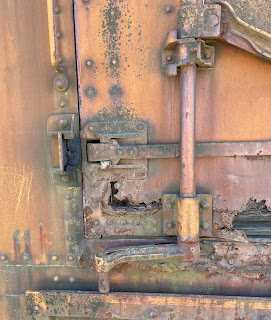 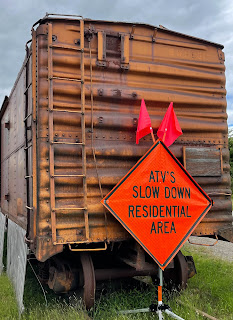